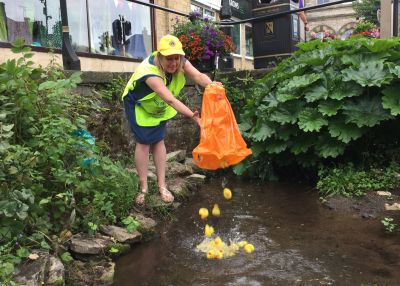 On Friday, Robert clearing the stream prior to the duck race 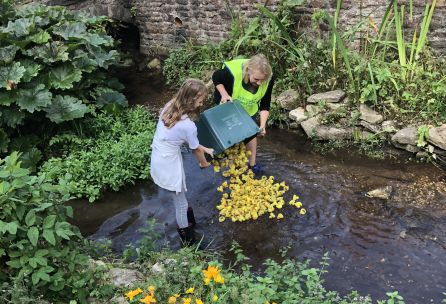 And they're off!  Lion President Sarah has a little help

A well needed boost to our funds as this year has been, shall we say, a little difficult!